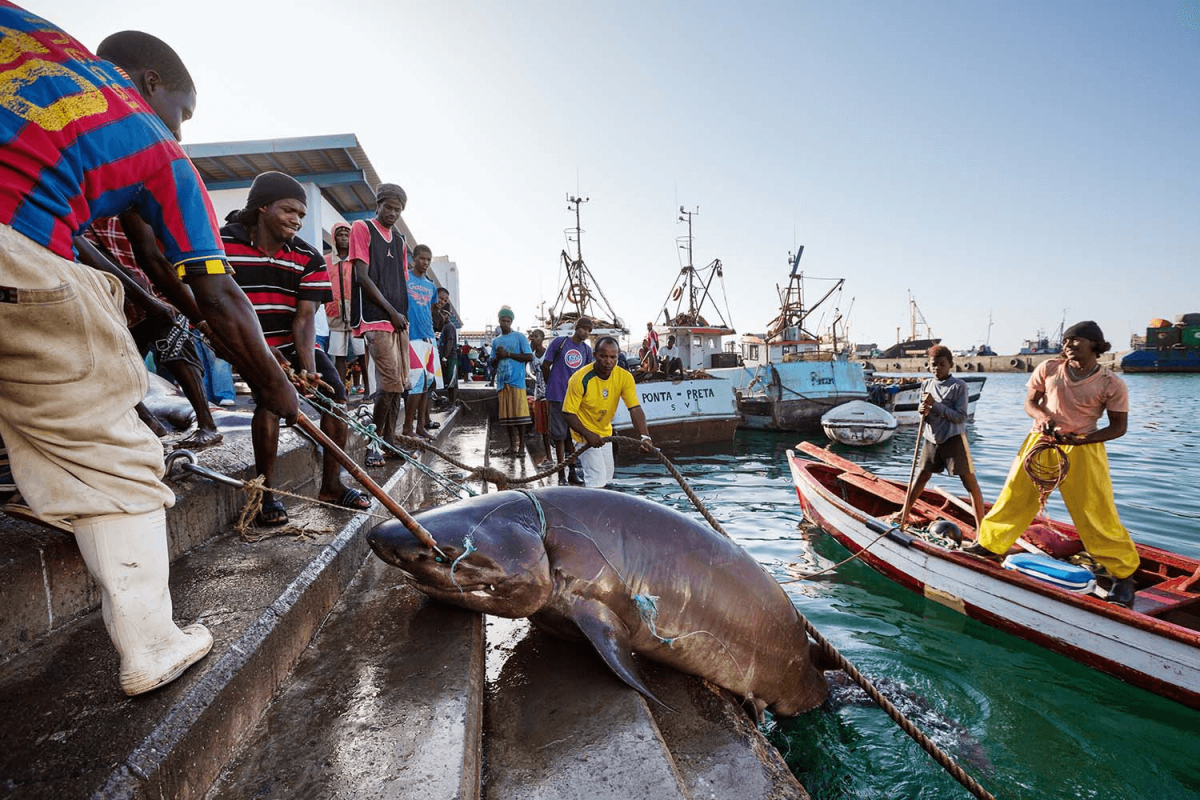 OK, this is not a nice moment. The shark is being pulled on to the quay by fishermen who are obviously not members of an animal protection group. But fish is all they have with which to survive and there is little time for sentiment. On the face of the man on the left I saw how tough the fight with nature is. In the background is a second shark. Its tail has been cut while still alive.

The fisherman on the right caught both sharks. His boat is smaller than they are. He was out to sea for days to get this catch: Hemingway revisited. Fishing rights are sold by politicians to those who pay most. Mega-trawlers ply the seas while the small players have to go further and further out to find a catch. A worldwide phenomenon and the island’s economy in a nutshell.