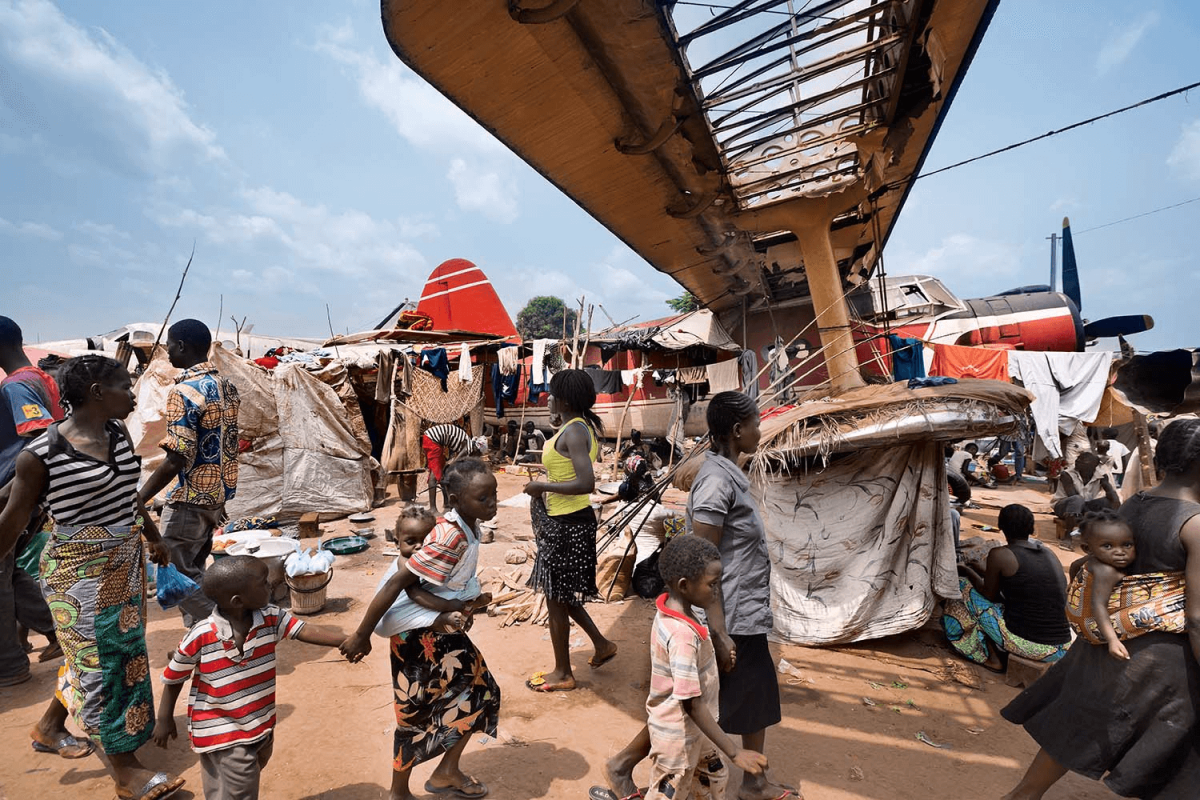 In the capital, opposing factions were fighting when I arrived. The streets were very unsafe. Many citizens had fled to the airport, more than 100,000 refugees lived under the protection of French soldiers. That’s why I chose this refugee camp in a former airplane cemetery.

A city is not defined by buildings, but by the people who live there and create movement. Look how everybody is taking care of each other. Sometimes hardship also leads to new creativity and business, as I found here. As long as there are people, life will go on. To me this photo is about perseverance and hope when times are at their worst. That is when true human strength can also thrive, and people show the best side of humanity, as I’ve seen so many do in Bangui.