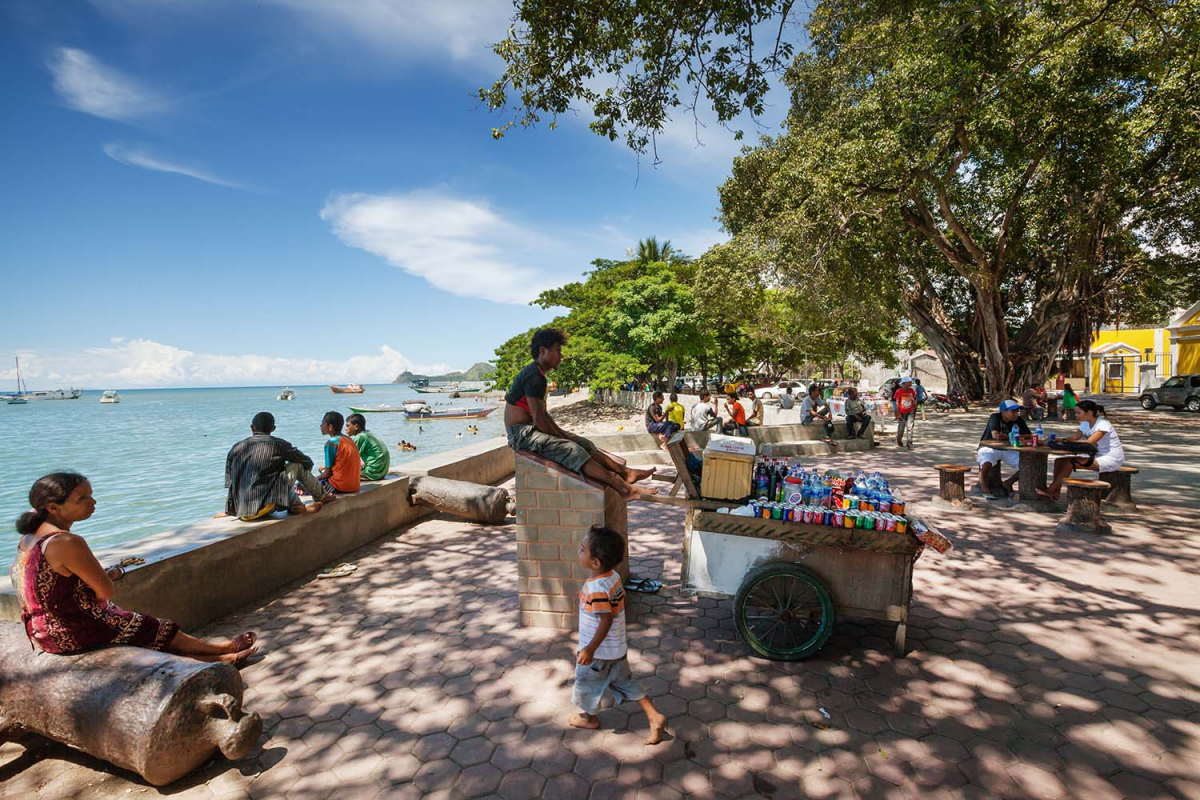 Despite tensions on this remote island, the population succeeded in returning to a relaxed state of mind. No more conflicts, and perhaps more visitors?

A former Portuguese colony, with historic canons on the beach. After declaring itself independent from Portugal in 1974, Indonesia invaded the island, starting a horrible war that lasted for decades. East Timor became the first new sovereign state of the 21st century on 20 May 2002. Relative peace has returned.