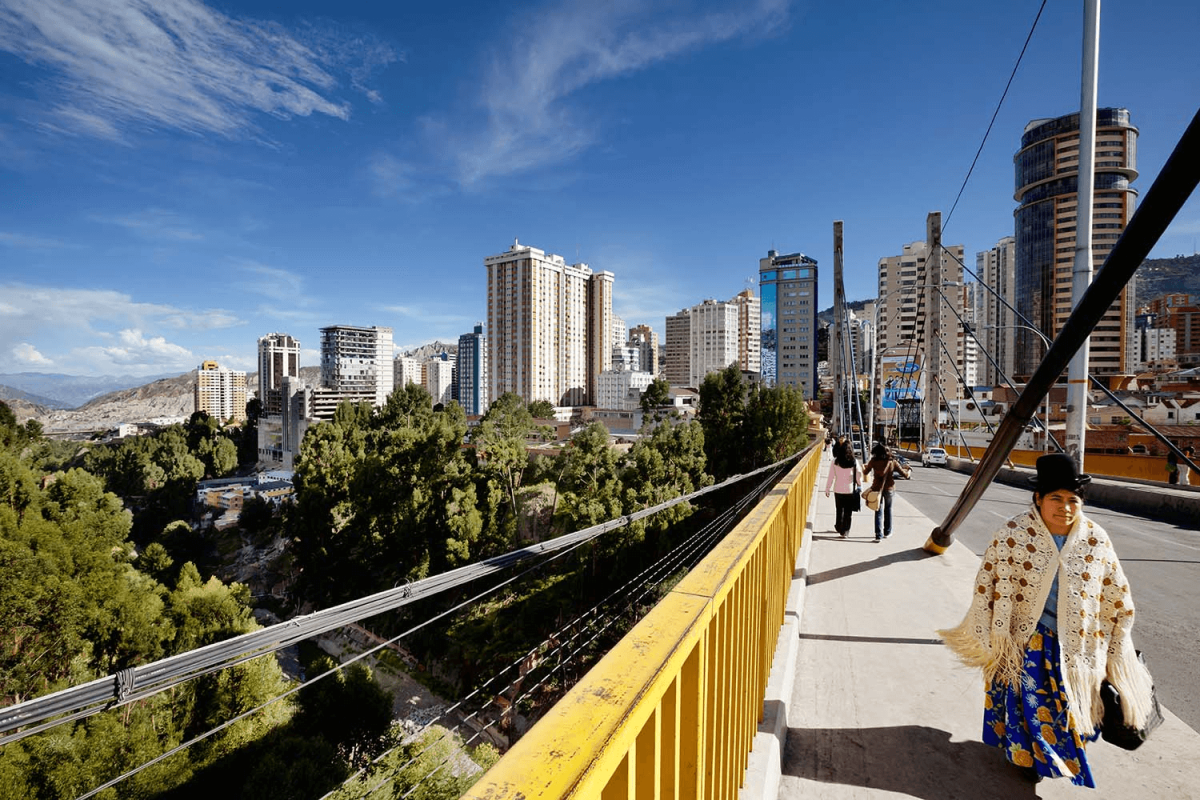 Many people believe La Paz, with its 7,000,000 inhabitants, to be the capital – but it’s Sucre, the home of just 30,000 citizens. In some cases, I decided to diverge from my standard method of shooting in the capital city, which is what I did with La Paz. It’s one of the highest cities in the world and aims to reach even higher in architectural terms. The rest of the country doesn’t seem or want to keep up with the modernization of this impressive city.

The bowler hat is traditional Bolivian wear, although jeans have conquered the market. At an altitude of 3,600 meters I felt breathless, like I was standing on Mont Blanc. It was also partly due to the beauty of the surrounding mountains. Bolivians must have huge lungs and sturdy legs.