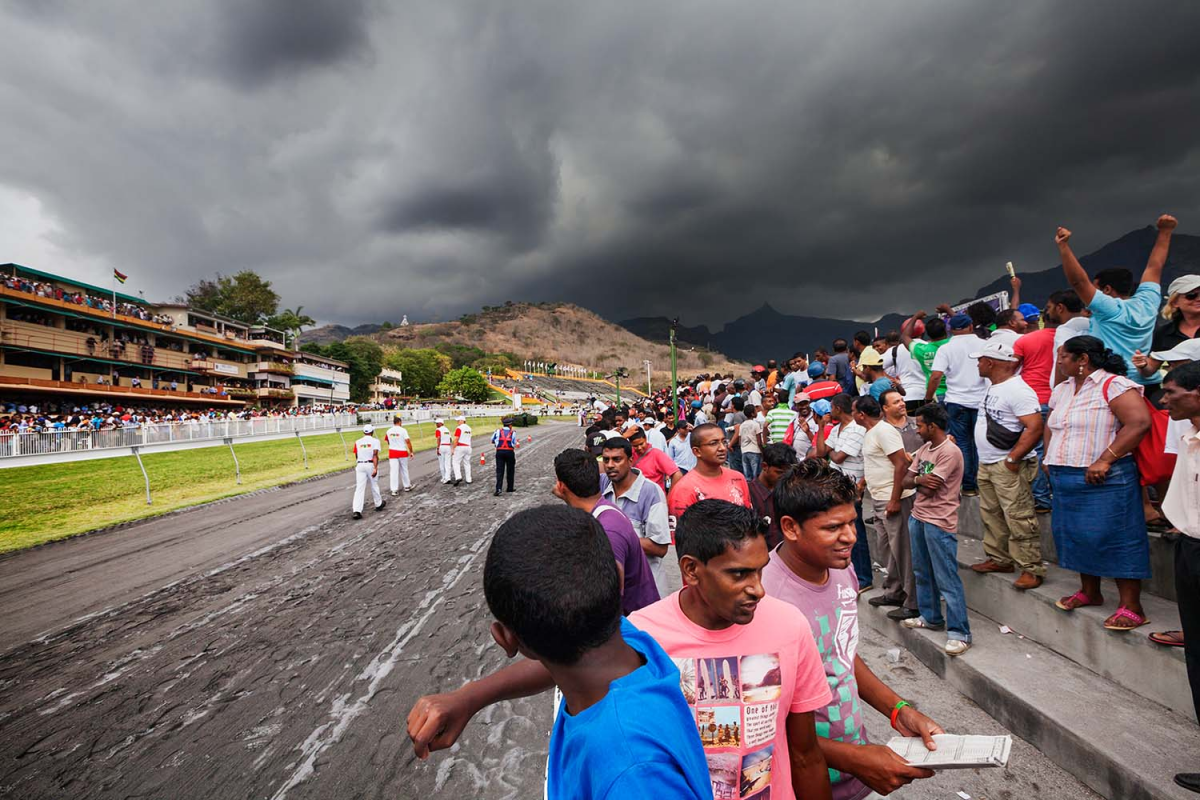 The British are known for importing and mixing different cultures into their colonies. This is also the case in Mauritius. The Dutch were the first to occupy the uninhabited island in 1638, only to abandon it in 1710. According to the local population (and scientists) the Dutch ate all the Dodo birds on the island. They disappeared as a species.

The beach doesn’t appeal to the locals, but horse racing does. This is the finish line. There is a lot of betting going on, and you can recognise the winners and the losers by their expressions. On the left are the elite seats, on the opposite side the cheap ones.